New research is focused on the synergistic relationship between vitamin K (specifically, vitamin K2) and vitamin D3, especially in terms of bone strength and cardiovascular health.

A group of naturally occurring and structurally similar, fat-soluble vitamins, vitamin K is essential for the proper utilization of calcium. Through its activation of the protein osteocalcin, vitamin K helps to bind newly absorbed calcium to the mineral matrix in bone. In addition, vitamin K has been found to help maintain bone mineral density by decreasing the activity of osteoclasts, a cell that breaks down the bone matrix. Therefore, vitamin K and vitamin D not only share similar qualities, but they also act in synergy within the body.

The addition of MenaQ7® PRO to this formula is backed by extensive research. Dr. Leon Schurgers, a world-renowned expert in vitamin K2 as MK-7 research for cardiovascular and bone health, and his team of research scientists have conducted over 15 clinical trials on MenaQ7® PRO through the University of Maastricht.

Liquid Vitamin D3 with K2 includes 10 mcg of MenaQ7® PRO, the most widely studied form of vitamin K2 as MK-7, and 1,000 IU of vitamin D3 per serving. The tasteless liquid formula can easily be combined with any beverage. 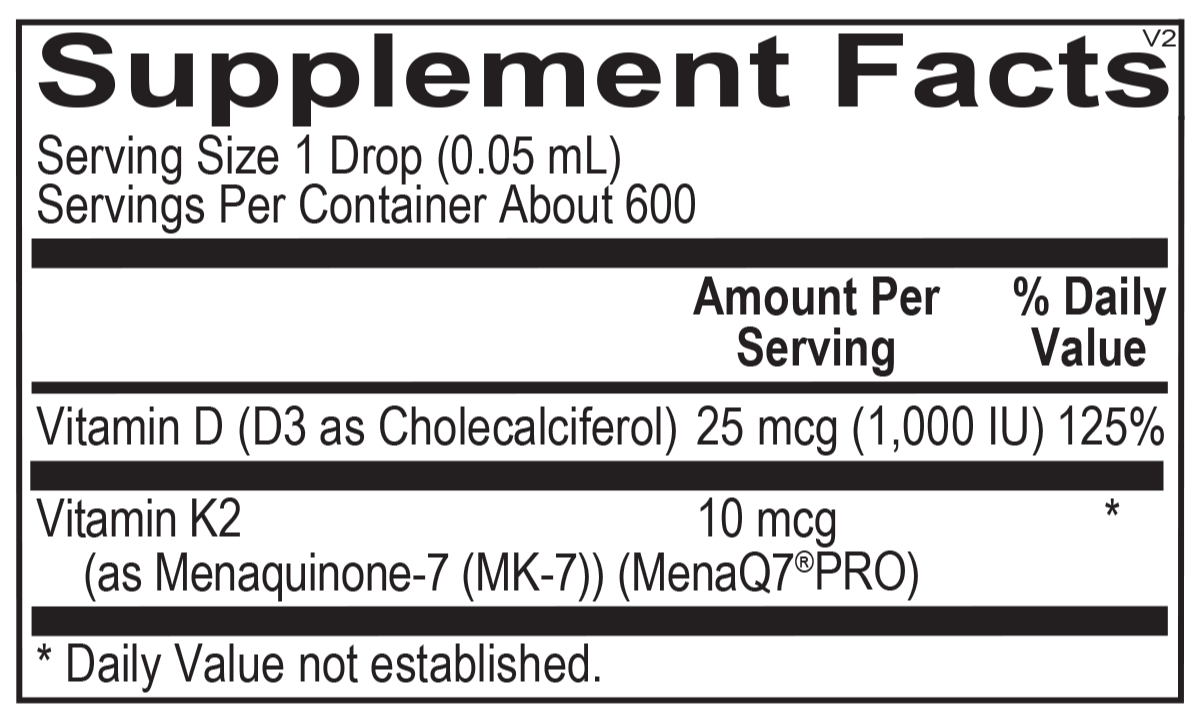 There are no reviews yet.

Be the first to review “Ultra D3/K2” Cancel reply

for visiting the Center of Integrative Medicine!